Running Shoes are specifically designed to be worn for participating in running sports. Since friction between the foot and the ground is an important force in most sports, modern athletic shoes are designed to maximize this force, and materials, such as rubber, are used. Although, for some activities such as dancing or bowling, sliding is desirable, so shoes designed for these activities often have lower coefficients of friction.

Running shoes come in a range of shapes suited to different running styles/abilities. Generally, they are divided by running style: the majority are for heel-toe joggers/runners which are further subdivided into 'neutral', 'overpronation' and 'underpronation'.These are constructed with a complex structure of "rubber" with plastic/metal stiffeners to restrict foot movement. More advanced runners tend to wear flatter and flexible shoes, which allow them to run more quickly with greater comfort.According to the NPD Group, one in four pairs of running shoes that were sold in the United States in 2016 were bought from an online retailer. 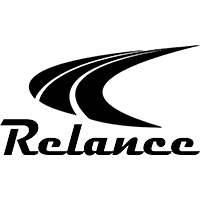 Home About us products News Why Us Contact Us

Hello, please leave your name and email here before chat online so that we won't miss your message and contact you smoothly.